Important Message
We Are Open! Call Us Today. No Waiting Room Available but Service Hatch is in Operation at the Front of our Office. Extended Collection & Delivery Available - All Courtesy Cars in Operation. Call for Details and Availability.. Home of the £15 MOT...PPE in Place..
- Leave us feedback 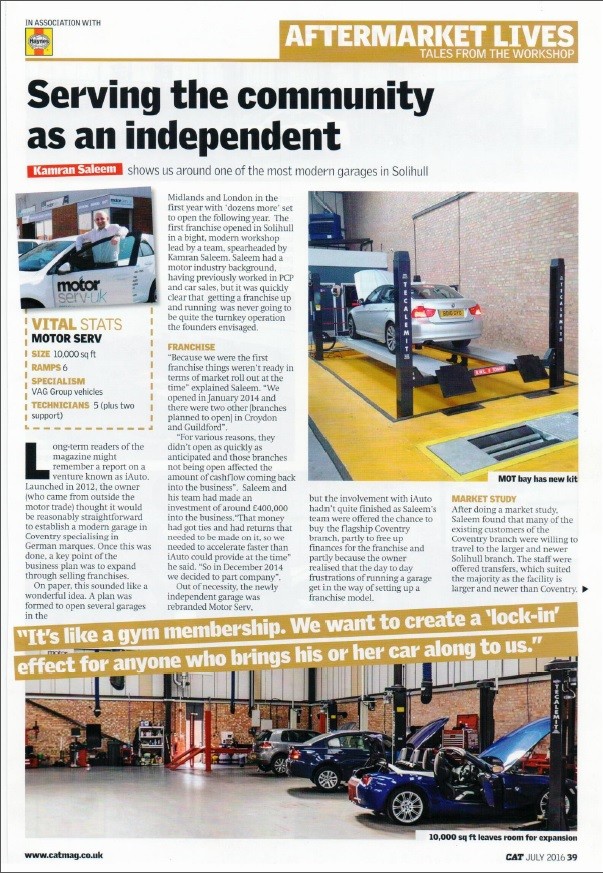 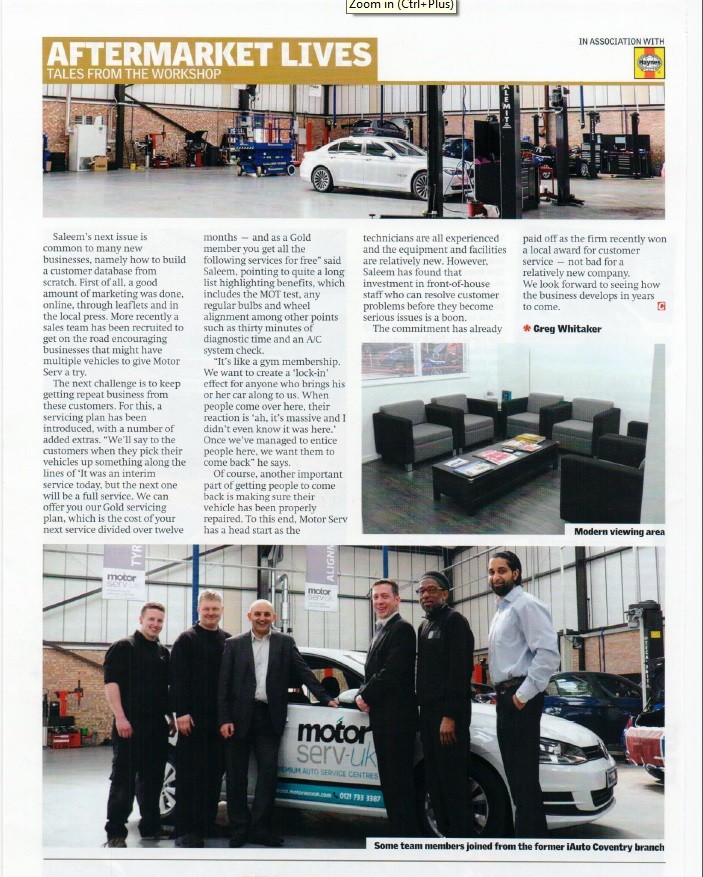 Long-term readers of the magazine might remember a report on a venture known as iAuto. Launched in 2012, the owner (who came from outside of the motor trade) through it would be reasonably straight forward to establish a modern garage in Coventry specalising in German marques. Once this was done, a key point of the business plan was to expand through selling franchises. On paper, this sounded like a wonderful idea.  A plan was formed to open several garages in the Midlands and London in the first year with 'dozens more' set to open thr following year. The first franchise opened in Solihull in a bight, modern workshop lead by a team, spearheaded by Kamran Saleem had a motor industry background, having previously worked in PCP and car sales, but it was quickly clear that getting a franchise up and running was never going to be quite the turnkey operation the founders envisaged.

"Because we were the first franchise things werent ready in terms of market roll out at the time" explained Saleem. "We opened in January 2014 and there were two other [branches planned to open] in Croydon and Guildford", "For various reasons, they didnt open as quickly as anticipated and those branches not being open affected the amount of cash flow coming back into the business", Saleem and his team made an investment of around £400,000 into the business."That money had got ties and had returns that needed to be made on it, so we needed to accelerate faster than iAuto could provide at the time" he said, "So in December 2014 we decided to part company" Out of neccessity, the newly independent garage was rebranded Motor Serv, but the involvement with iAuto hadnt quite finished as Saleem's team were offered the chance to buy the flagship Coventry branch, partly to free up finances for the franchise and partily because the owner realised that the day to day frustrations of running a garage get in the way of setting up a franchise model.

After doing a market study, Saleem found that many of the existing customers of the Coventry branch were willing to travel to the larger and newer Solihull branch. The staff were offered transfers, which suited the majority as the facility is larger and newer than Coventry.

View More
Search for a vehicle

We use cookies to help our site function correctly and to understand how it is used. By clicking "I understand", you agree to us doing so. You can find out more about cookies and how to manage them in our Cookie Policy.